1Make all dried peppers with a damp cloth, and remove any stems, veins and seeds.

2In a large skillet, grate the chillies, 2 of 3 at a time, until slightly blistered and aromatic, toasting each chili pepper for about 10 seconds.

3Place the chiles in a pan with the broth as roasted.

6Mix the ingredients to form a smooth paste, slowly add in small portions of the dried peppers in the remaining water.

7Make a thick sauce without small pieces of Guajillo chili pepper in it remain.

9Add the blended mixture into the pot and cook, stirring the ingredients regularly in order to prevent the aanbrand.

11Mix the sauce with lamsschenkels.

14Fold the foil around both sides of the package tightly banana, so that no steam can escape.

15Place the folded side up on a baking sheet. Repeat this process with the remaining three lamb shanks

17Open a cooked package to the willingness of the flesh, which should be tender and juicy.

18As a final, place ½ oz. chopped white onion and ½ oz. fresh chopped cilantro into two mounds on either side of the lamb on the plate

19Chop the whole lime in half and place the two wedges on the plate as a garnish for other lamb.

Here you will find many delicious recipes from several South American countries and Spain. Whether you're looking for a recipe for a nice dinner, tapasavondje, quick meal, high tea, or a party, you'll find it all here. Happy reading and cooking pleasure. 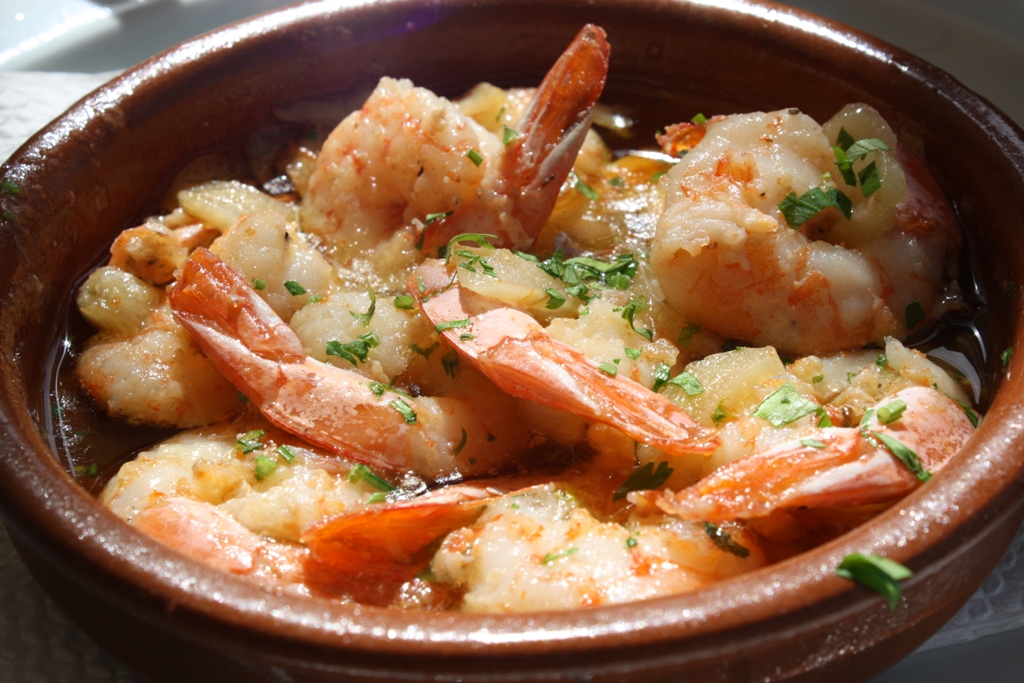